You are currently here: Home // Introduction

Steef Bartman has been practising company law in the Netherlands for over 30 year. He is considered a specialist on group company law and piercing the corporate veil. After being a partner and of counsel with some big law firms Steef started his own firm in 2015 advising entrepreneurs, shareholers, company directors and trustees in bankruptcy. He represents them in court proceedings on director's liability, corporate financing and restructuring, workers' codetermination and inquiry issues. Steef frequently delivers legal opinions  on his field of expertise and is often appointed as arbitrator in international and local disputes. Occasionally he gets appointed as investigator in inquiry proceedings before the Enterprise Division of the Amsterdam Court of Appeal or the Joint Court of Justice of the Antilles.

Besides being a practicing lawyer Steef holds a chair on Group Company Liability at Maastricht University. He is an emeritus professor of company law at Leiden University and, as of April 2021, a member of the Merger Dispute Resolution Committee of the Dutch Social and Economic Counsel (SER). He is the founder and main editor of the bimontly legal journal European Company Law published by Kluwer Law International (www.cecl.eu). He initiated and  co-authored a book titled Van het concern - in English: About the Group of Companies - (10th Ed. 2020), which is frequently used for academic study and by legal practitioners. 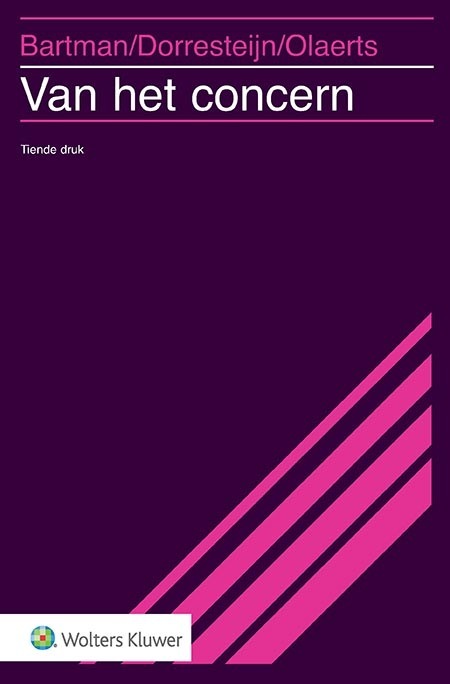